As it’s day five of the twelve days of the Fractured, and Maddison plays a big part in this instalment, I thought it might be the perfect opportunity to share the cover and synopsis with you. I will be releasing Badge of Honour next week.

When the Fractured descend on the mortal realm, and the Demonic War begins, Maddison Wood is the first to sign up. But when she follows her brother into the enemy camp, things go terribly wrong.

What began as a rescue mission, becomes her worst nightmare. Maddison is forced into slavery and stripped of all her power.

Trapped, she finds strength in the relationship she shares with her brothers, Zachariah and Michael. Together, they form an unbreakable, if unorthodox bond. The witch, the elf, and the vampire; a powerhouse of three.

After months in captivity, Maddison is offered a chance to escape. A chance that, for one of her brothers, comes too late. Michael finds his way out of one prison, only to be locked in another – the hell inside his own mind. Now Maddison faces her toughest challenge yet. She must find a way to bring her brother home, before they lose him forever.

And here it is…the unveiling of the cover! 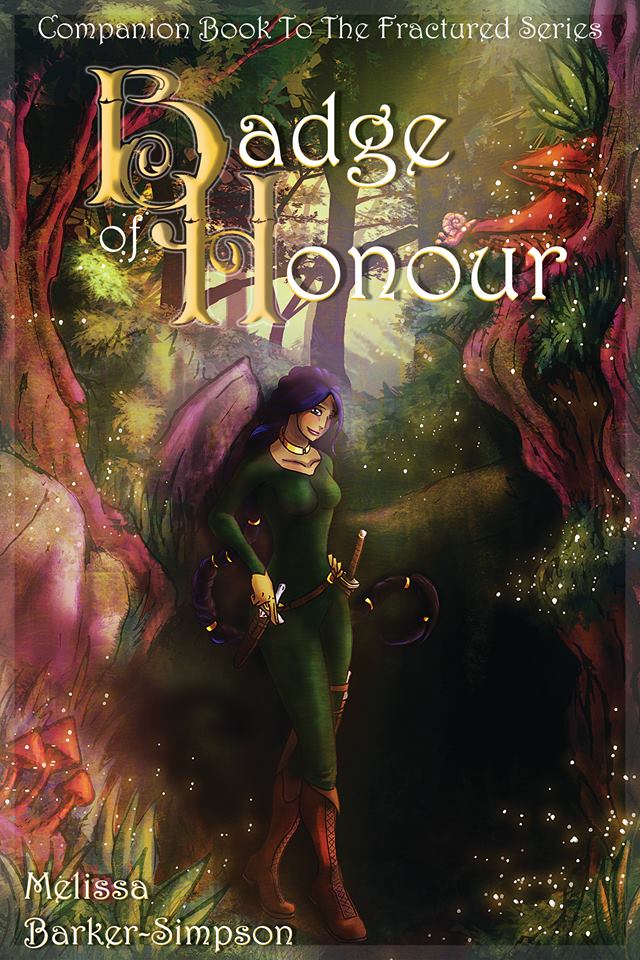 Now for a sneak peak…

Maddison studied the latest demon to face her in the arena and, what do you know – this one was royalty. He had to be, given the amount of feedback she received through the walled barrier. The damn thing amplified sound, but still, the blood-thirsty audience loved him. Go figure.

She felt tired, so damn tired of the endless cycle. The greedy, arrogant expression on a cacophony of faces that dissolved first into rage, then disbelief as she kicked their sorry asses.

This one was too pumped up on the ravenous applause to show fear, or perhaps he’d heard the rumours. It was more likely he was coasting on a false sense of security. After all, she was forbidden to use her secret weapon – the hair which contained the crux of her power.

It was not her only weapon. Her captors might appreciate her skills, but they didn’t know her history. Maddison’s training regimen had been brutal, but then, she had expected nothing less. Tristan Thorne was the best. A warrior at the top of his game, one whose role it was to protect the human race. With or without her magic she could wipe the floor with the piece of shit preening like a peacock in front of her.

She raised her hands in a ‘bring it on’ gesture, wiggling her fingers. The demon complied on a low snarl. Cute. He thought he could intimidate her.

He was a Sentinel; a beast in human skin. The only way to tell them apart was the shattered affect across the pupil. It bled across the demon’s iris in a deep blood red.

Spinning out of his way, she avoided the brunt of the collision. But she hadn’t accounted for his intelligence – clearly he’d been watching her fight. He anticipated her first few moves. Maddison was almost impressed when he managed to unbalance her enough to pin her to the ground. But then he made a mistake. Not only did he straddle her, he lost himself in the jeering of the crowd and placed his filthy mitt on her left breast.

Oh no you didn’t.

With measured deliberation, Maddison looked down. “I’ll give you three seconds to remove your hand or you’ll lose it,” she said in a conversational tone. “One…two…” Oh what the hell. She used three short, sharp jabs to debilitate – gut, face, windpipe. Then gathered her power into her core and flipped their positions. She didn’t wait for him to recover, or for his adrenaline and rage to kick in. She swiped his own sword, sheathed at his back, and brought the blade down on his left wrist.

The demon howled; a deafening sound matched only by the angry cries of their audience. It turned out she’d been right about his importance, and they wanted to teach her a lesson the hard way. A tag team descended on her before she had a chance to prepare. Not that any amount of preparation would have done her any good. A white hot shaft of pain tore down her spine as her jailer gave her a mental command that went against her natural instincts. ‘Do not defend yourself.’

She couldn’t ignore the compulsion, or utilise her unique weapon. The feedback rendered her powerless. The only upside to the whole thing was that she couldn’t feel the meaty fists striking her body. The slave collar was causing its own damage. It was like a freaking magnet for pain. It radiated throughout her body until she had to clamp down hard on her jaw to hold back a scream.

10 thoughts on “Badge of Honour – A Maddison Wood story” 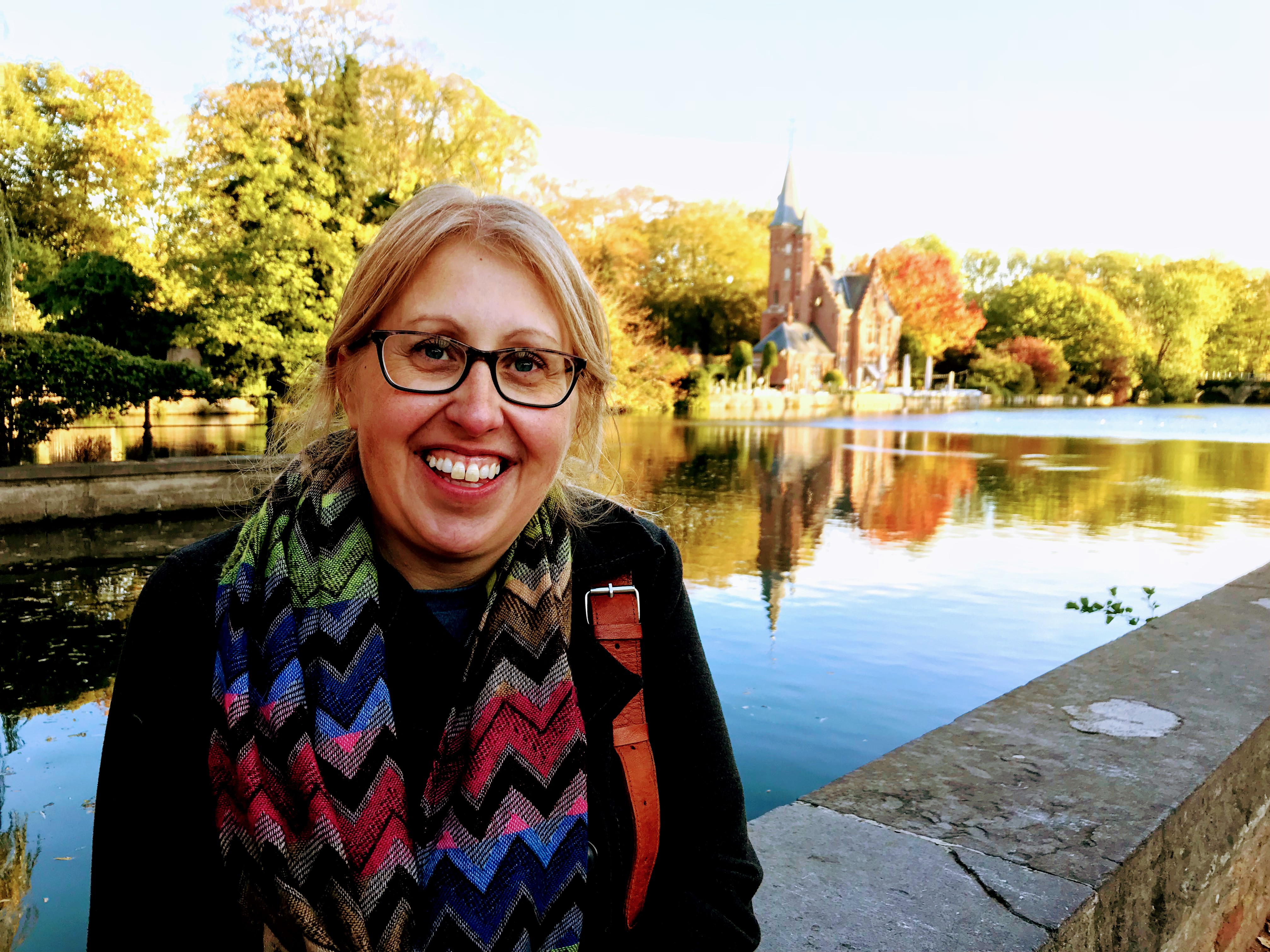 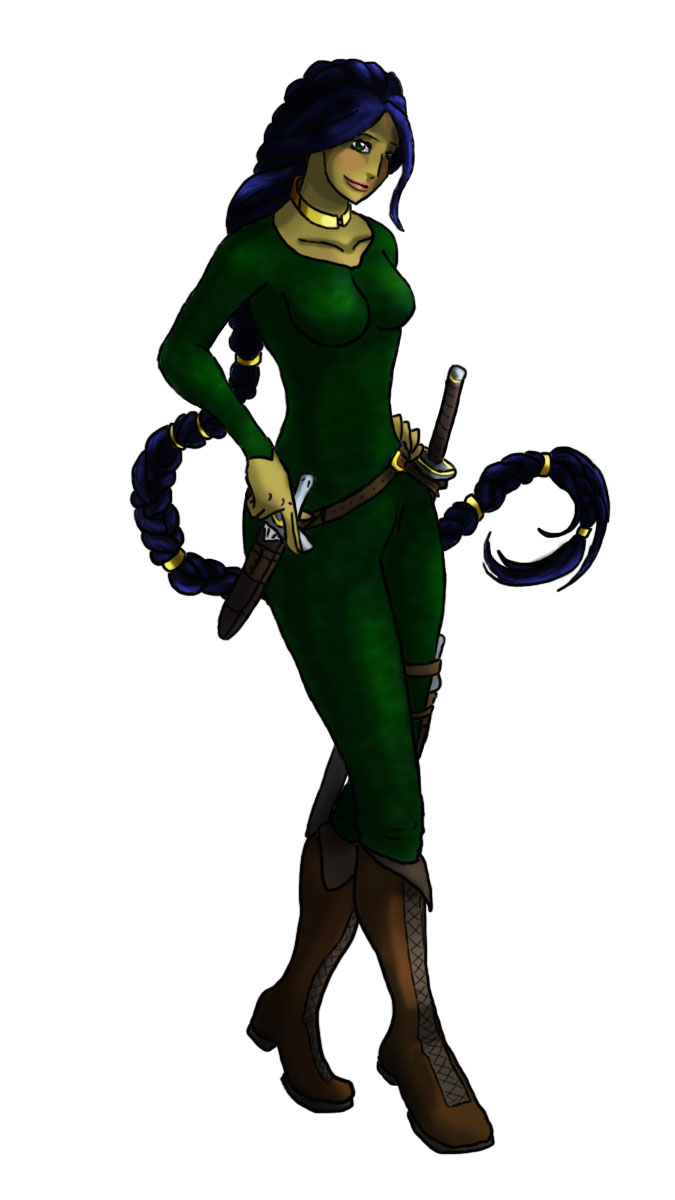